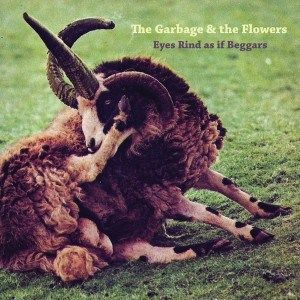 
Bo’ Weavil in collaboration with Fire Records is finally releasing a long in the pipeline project, reissue of the "Eyes Rind As If Beggars" by the New Zealand band The Garbage And The Flowers. Coming in early 2013!

Short excerpt of the liner notes by Jon Dale.

The story of The Garbage & The Flowers, by some measure Wellington's most brilliant pop band, is equal parts classic underground rock'n'roll history – couple forms group, potters around for years not doing very much, lives in its own peculiar world, members come and go, they split up in just enough time to grant them ex-post-facto legend status – and the kind of peculiarity and idiosyncratic behaviour that has me thinking, 'only in New Zealand'. For The Garbage & The Flowers, even though they've resided in Australia for over a decade, still feel to me very much like a New Zealand band, developing their own psychedelic pop sensibility in their own, self-cultivated bubble, existing within their own aesthetic and personal worlds, and emerging from this hotel womb only long enough to take a look at the carapace of mainstream life and think, 'maybe someday, probably never'.