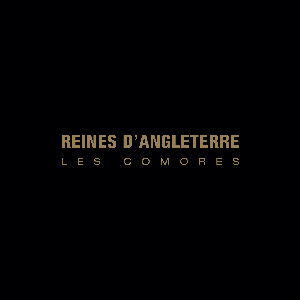 Reines D'Angleterre is inexplicable ethnic residue, the prince of all taste, a stripped back smear on the blight of genre. The music of Reines D'Angleterre's feasts on duality: chaos and order, narrative and anti narrative, erection and destruction, dread and comedy. The voice rides alongside electronics: cracked beaten, weathered and bruised.

él-g met Ghédalia via a radio show which resulted in high frivolity. Following this Jo was asked to join them in the band which manifested in 2008. To the public, they first surfaced playing a live set at the esteemed Colour out of Space festival in Brighton, a welcoming bed for all idiophonics. Reines D'Angleterre made friends with a damaged conglomeration of live concrete, sound poetry, faux ethnicity and sincere eccentricity. Subsequent shows allowed the outfit to explore and refine their discovered terrain as it unfolded. A recording session resulted in the unique concoction 'Les Comores' (a reference to the island off the eastern coast of Africa which France still administers as an 'overseas collectivity'). A band made up of Ghédalia Tazartes and a couple of hyperactive young buck Parisians Jo and él-g. Both of these humans are steeped in unsavory operations covering grounds of pop, electronic hallucinations, damaged pyramids and hurled comedy (él-g) and the Tanzprocesz label and Placenta Popeye duet (Jo ). They also both perform under the moniker of Opéra Mort. (Mark Harwood)