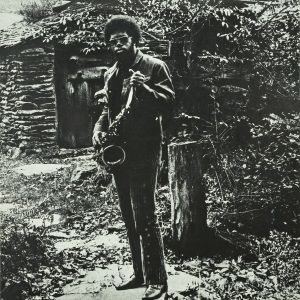 
First time vinyl reissue of Joe McPhee's classic CJR LP from 1970. Exact repress of the original artwork "What time is it" shouts Joe McPhee on the opening of this classic LP. Time at last for a vinyl reissue for this highly sort after ultra rare Nation Time. Why this has not been done years ago is anyone’s guess. Nation Time is the exuberance of the master in his youth and playing a glorious to-the-wall mixture of r&b and free jazz motifs, with a great deal more thrown in to the mix. Two of these three long tracks were recorded at a concert at Vassar College on December 12, 1970: "Nation Time" and "Scorpio's Dance." Featuring the electric piano of Mike Kull and the relentless percussion of Bruce Thompson and Ernest Bostic, there is a definite hint of rock, McPhee also, especially on "Nation Time," plays with a burred r&b tenor tone. Elastic enough to give way to periods where McPhee and Kull solo searchingly in empty space. "Shakey Jake," recorded in a studio the next day, adds an alto saxophonist, an organist, and an electric guitarist, and is far and away the full on dance floor cut of the LP...free at the fringes, but will get your booty moving. Call it what you want; free jazz, free funk or fire music...or simply Great music!