Sing A Song For You - 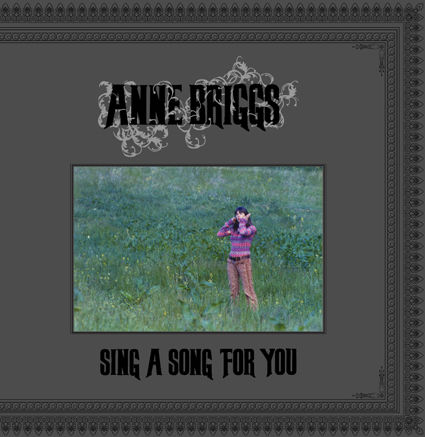 Fleeting, volatile, flighty, breathless: a flash of sunlight in the glade. Anne Briggs pure, unmistakable voice and her too short career summon the same images in my mind. A voice like a gentle tremor, as fragile and timeless as a dandelion clock. Her recordings are few and all the more precious for it. When these 1973 sessions finally saw the sunshine, back in 1996, they were greeted with joy; joy mixed with astonishment that they should have been consigned to obscurity in the first place. Sure, her work with Ragged Robin may have displeased the purists of the time. Sure, Anne Briggs was unhappy with her voice, heavily pregnant with new life and on her way to a Scottish retreat. But for something so beautiful as these songs to be casually put aside… And they are beautiful.