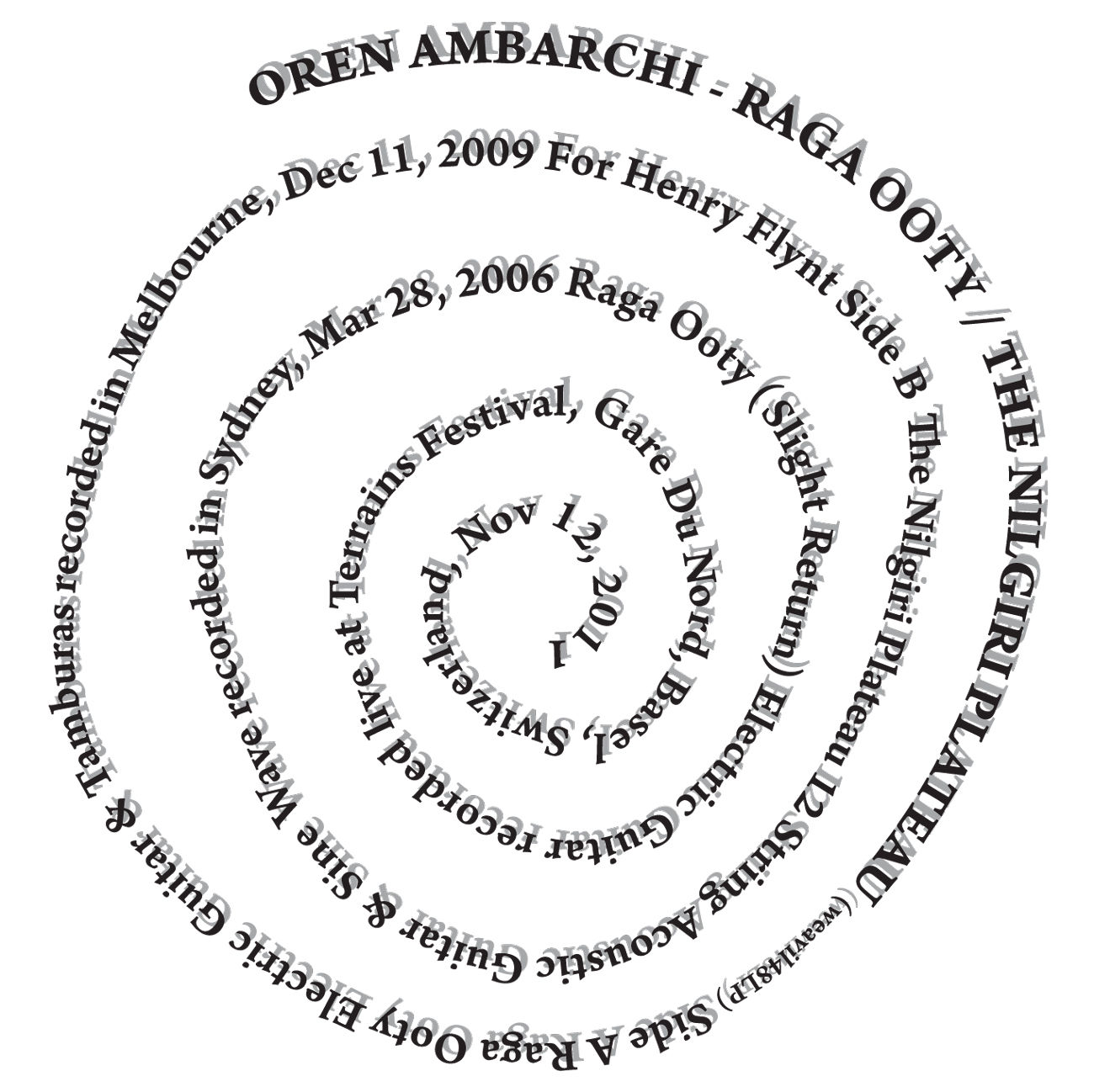 
Raga Ooty unearths three previously unreleased works (each titled with reference to the area in south India where his mother was born) from Oren Ambarchi’s archive, showcasing the rawer side of his solo work between 2006 and 2011. The side-long Raga Ooty unspools a twisting, skittering thread of gritty guitar harmonics over a bed of buzzing tambura drone, creating the same paradoxical impression of simultaneous stasis and forward propulsion achieved by minimalist masters such as Henry Flynt, to whom this work is dedicated. The Nilgiri Plateau generates an 8 minute wash of gleaming overtones from a 12 string acoustic guitar played with motors, continuing the experiments first made public on the 2007 Stacte Motors LP. The closing Raga Ooty (Slight Return) returns to the distorted guitar harmonic hysterics of the opening piece, this time elaborated over a wash of Ambarchi’s signature Leslie cabinet tones, building relentlessly over the course of 12 minutes recorded live in Basel late last year.